The Edit Manikin command allows you to spawn static manikins into your simulation. These manikins can then be edited directly in VR to adopt a certain position.

This command is useful as it allows you to simulate where people might interact with the real-life version of your simulation. You can also simulate any position which they might need to take by editing the manikins that you spawn.

The Edit Manikin command can be accessed from the default Manikin sub menu: 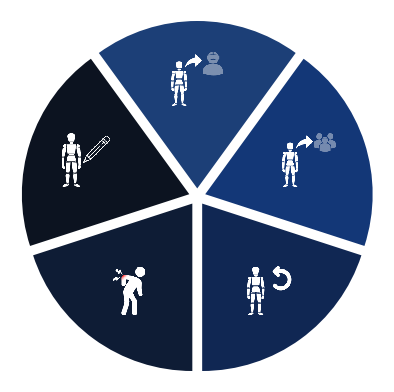 Upon activating this command, you will be able to edit already existing manikins or spawn new ones.

You will now be able to edit the spawned manikin, using the following buttons displayed below it:

Starting the edit manikin command, the bracelet is automatically opened on the command tab. If a node of a manikin is selected you can see the following action in the bracelet:

The other manikin buttons (on the ground) will be migrated in the bracelet later.

The bracelet also contains all the MSDs functions.